Ahhh this day was so insane and crazy but so incredibly beautiful at the same time. We knew it was supposed to snow this day, so we planned to shoot right after sunrise when it would be snowing the hardest. Jess really wanted photos in the snow so we were determined to make it happen!!

I started driving up the hill and I made my way through one of the craziest snow storms I’d seen in awhile. The biggest snow flakes were falling from the sky and it quickly became white out conditions. It was crazy and all I could see were the taillights on the car in front of me– insane!!!

I made it up the hill and met Jess and Josh at their grandparents home. He had recently passed away, and Jess grew up coming here so this location was super important to them. They welcomed me inside from the crazy wind and weather and showed me photos from his life and around his home. Where she grew up and all the memories here– it was so special. We bundled up and ran outside to start their engagements on the pier in Lake Tahoe!!! We ran around on the beach together and Jessica’s hair was all over the place hahaha. It was amazing. We were getting too cold so we ran back inside to warm up and take a break.

We shot outside of her grandparents house, and then drove to a meadow nearby to capture all the snow and Tahoe’s pines. We played tag and laughed and then they threw their favorite hockey jerseys on!!! Even though they’re Sharks fans– it was still pretty epic hahah. Jake and I are Ducks fans so of course I had to give them some crap 😉

I’m so beyond thankful for these two and can’t even wait to capture their wedding this year!!! CONGRATS YA’LL!! 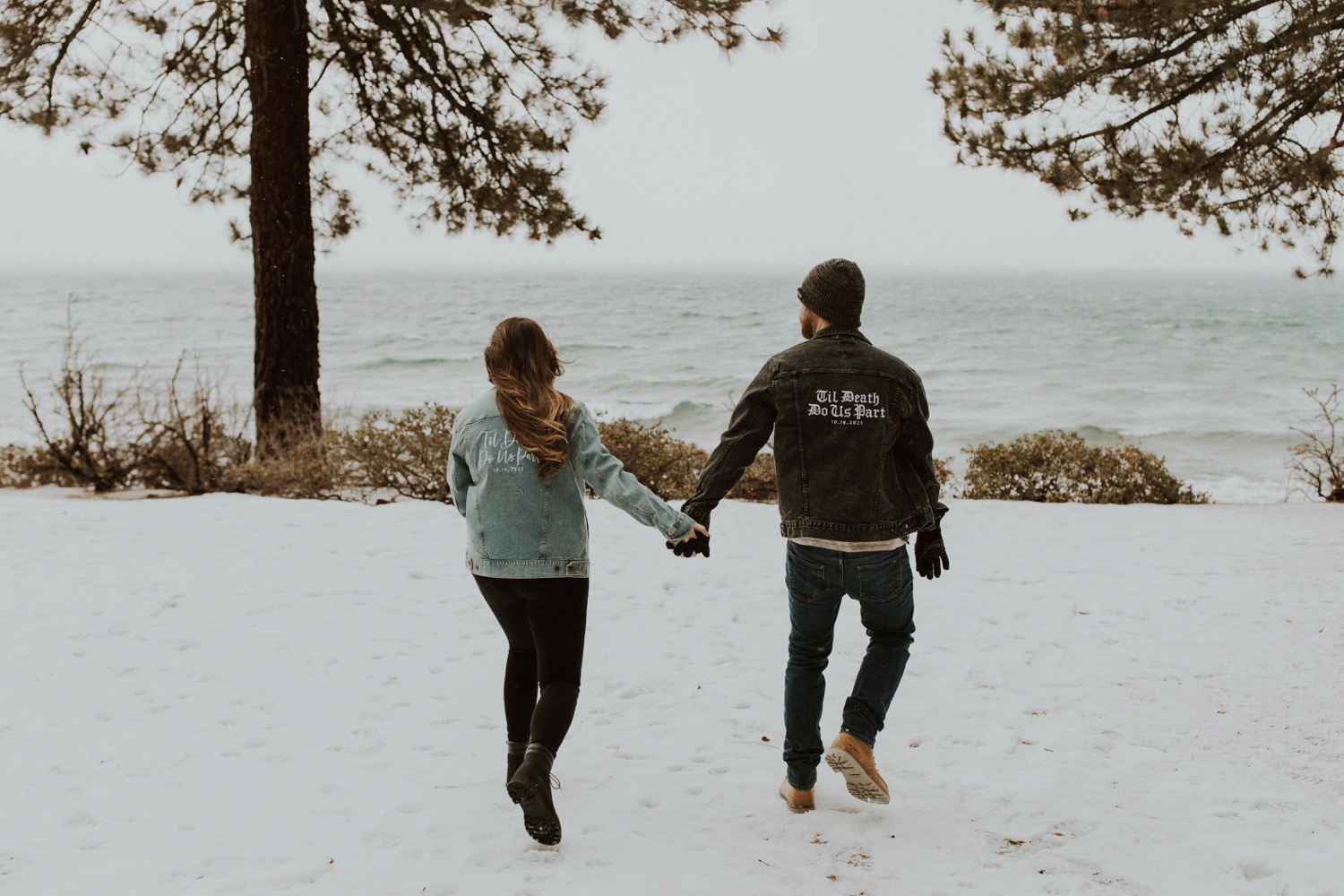 Fall Wedding at The Club at Arrowcreek // Reno Wedding Photographer »