Alec and I planned out his proposal in under a week and it was a dream.

He emailed me a week prior asking me to save him and capture his proposal that following Wednesday— hahah I responded as was like um OF COURSE!??

His fiancé Alexa is a planner so he had no idea how to surprise her. I told him to tell me some things they might do and we could just plan around that! They ended up deciding to watch the sunrise at Emerald Bay in Lake Tahoe, go on a hike at Eagle falls, explore Tahoe a bit and maybe go grab some food + head to the beach!

If you’ve never seen a sunrise at Emerald Bay before— you need to. I knew the sun would come up on the other side of the lake, so it would be the most golden, gorgeously lit up sunrise proposal EVER. So we planned for that!!!

I drove up to the lake early this morning, climbed up on some rocks acting like a tourist/just someone taking photos hahah, spotted them, and then waited for the moment. I told him wait riiiight after the sun came up and then go for it.

They were cuddling on the rocks together watching the sunrise, he stood up, popped  the question, and she was SO surprised— I was balling.

I jumped off the rocks and at that point Alexa saw me and was OVER THE MOOOOON shocked and surprised and so excited hahaha. They were both crying and just so insanely happy!

We took advantage of this insane sunrise and shot on the rocks overlooking Emerald Bay, Lake Tahoe, and then hiked to Eagle Lake to capture their engagements.

A + A thank you so SOOO much for letting me be apart of this special moment— I’m so excited for this next chapter in your lives!!!

Also doesn’t this sunrise look like freaking Yosemite?!?! I had chills. 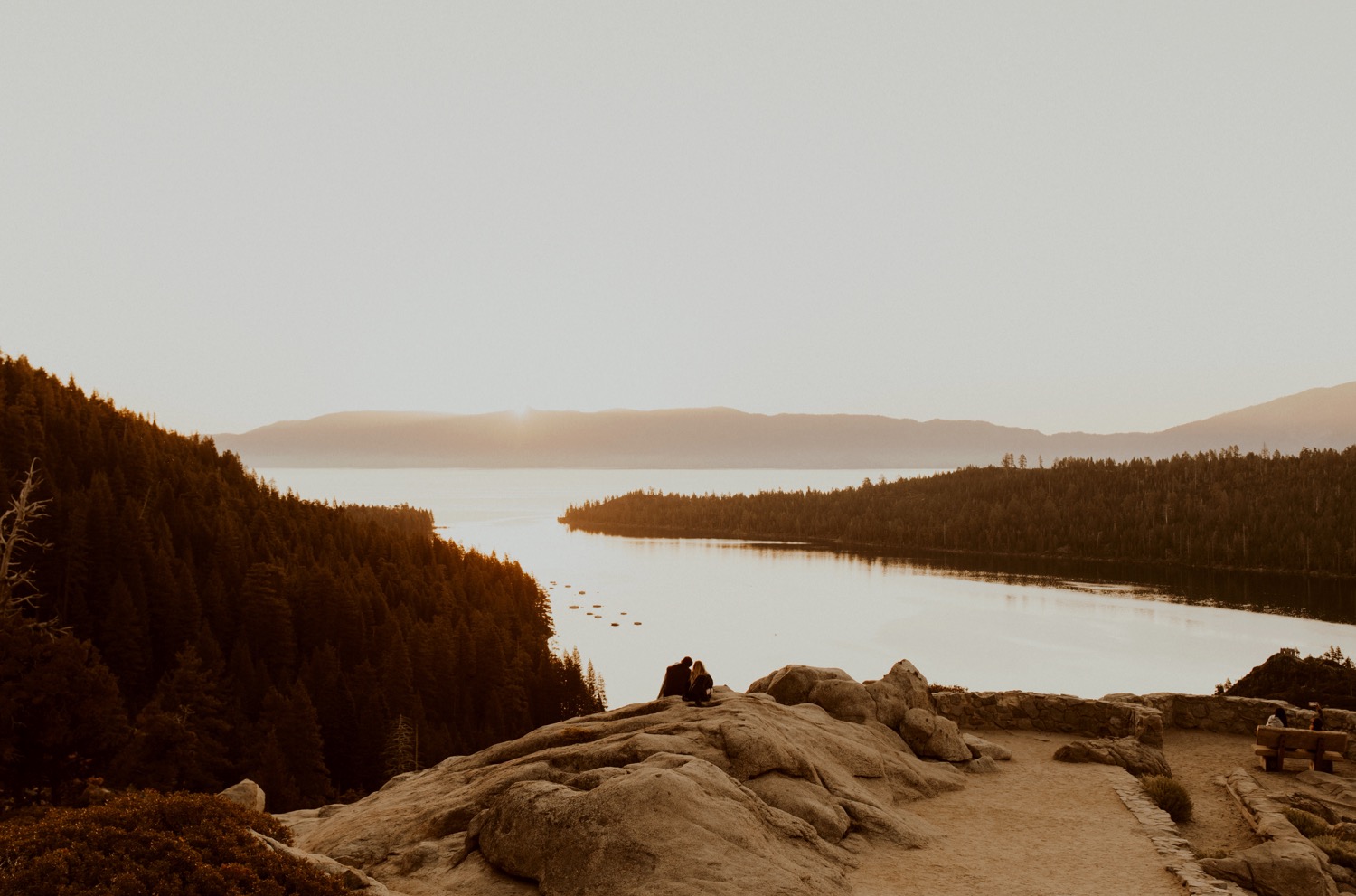