Alvaro reached out to me a few weeks ago and wanted me to capture his proposal when him and his girlfriend came to Tahoe! Of course I was like UHM OF COURSE!? His plan was to pop the question on his birthday to hide the fact that he was proposing— genius!!

So we decided on a location in North Lake Tahoe as the final plan. We had gone back and forth with a few different locations, but with the amount of snow Tahoe got this winter, I figured this beach would be perfect!

So I waited for them on the beach, acting like a tourist and taking photos of the lake on my camera and Polaroid hahah. The sunrise was absolutely gorgeous. Super cloudy since a storm was moving in, but the water was calm. It was gorgeous! The tips of the mountains were painted pink, but only for a few minutes, and then it was gone.

They went exploring on the rocks and that’s when he popped the question— over-looking all of the rocks below them! It was so gorgeous!!!

I met up with them, introduced myself and took some photos along the beach together!! Then we headed back to my car since I grabbed them their favorite coffee’s (and asked Starbucks to make them scorching hot so they’d last— and they did!!). We skipped rocks on the beach, enjoyed our coffees, and captured this special time in their lives!!!

One aspect that made the shoot harder than normal for me was the fact that Thalia doesn’t speak much English. She’s from Mexico and Spanish is her fluent language— so figuring out how to communicate with her as well was tricky, but I think we nailed it.

Congrats ya’ll!! It was such an honor to be apart of this moment with you!! 🙂 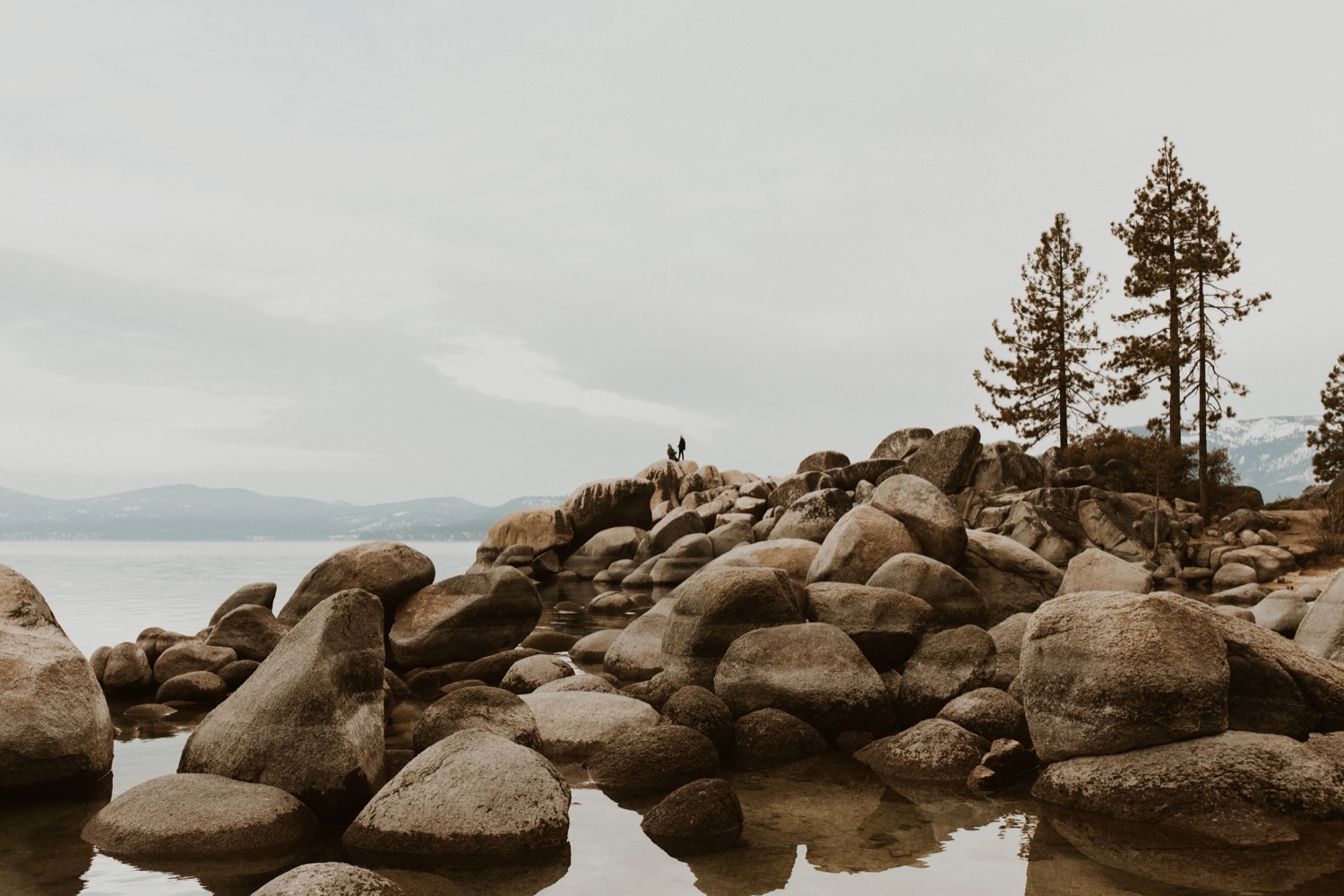